According to the National Fire Protection Association (NFPA), there were 2,755 civilian deaths and 12,200 civilian injuries from fires in the United States in 2013. The US Fire Administration represents that 3 out of 5 home fire deaths are in homes without smoke alarms  Smoke alarms can be easily added to any home, and may prevent half of the residential fire deaths per year.

Photo Electronic units detect slow smoldering fires that produce a lot of smoke and less flame. Ionization units detect fast spreading flames, but are usually associated with less smoke. For bedroom areas the photo electronic smoke alarm is better. The majority of deaths due to fire are from the smoke, not from the actual fire. The photo electronic detector will sound an alarm faster than the ionization detector will when there is smoke from a fire. This provides more reaction time and lessens the potential of smoke inhalation. Ionization detectors may be better for kitchens where smoke may be generated while cooking, where there is no dangerous fire.

If you already have alarms in your home and want to know which type of sensor it has it is typically identified on the back of the unit.

The age of your smoke alarms is also important. Smoke alarms should be replaced approximately every 10 years. Test your alarms monthly and change the batteries annually. 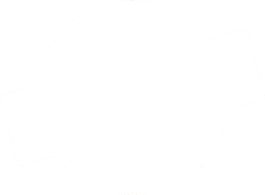